Montenegro not ready to open Chapter 27

Podgorica, (MINA) – All relevant indicators suggest that the problem of air, water and land pollution in Pljevlja is getting significantly worse every year, senior official of the Democratic People’s Party Vladislav Bojovic has said, arguing that Montenegro is not ready for the opening of EU accession talks in Chapter 27.

Bojovic told Mina that the national and municipal authorities have been manipulating data for years, in order to minimize the dramatic environmental situation in Pljevlja.

He remarked that the difficult environmental situation, along with the unemployment and economic decline, is the key reason why masses of young people are leaving Pljevlja and why the town has the worst birth rate in Montenegro, despite the great natural assets and economic potential.

According to him, the problem of pollution in Pljevlja is the problem of a lack of political will and conflicting private and business interests of the persons who have privatized the country and who are generating enormous personal wealth.

Brajovic argues that potential opening of Chapter 27 in the EU accession talks ‘will only give an additional excuse and inspiration to those in Montenegro who are pursuing the politics of deceiving both domestic public and EU representatives’. 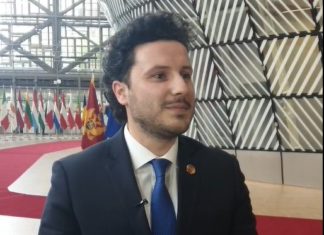