Issue of the euro abolition is not likely to be raised

Podgorica, (MINA-BUSINESS) – The Vice-Governor of the Central Bank (CBCG), Nikola Fabris, has said that Montenegro will be completely ready when the time comes to join the European Union, adding that he does not expect that somebody will raise the issue of potential abolishment of the euro during the negotiations.

“It is not likely that somebody will raise the issue of the euro abolition,” Fabris told Mina-business agency, adding that the conditions will instead be defined for Montenegro to join the Economic and Monetary Union of the EU.

He said that this was the first time that the European Union was negotiating the future membership of a country that already had the euro as its official currency, adding that Montenegro could therefore not rely on the experience of other EU member states.

As a negotiator for Chapter 17 – Economic and Monetary Union, Fabris said that the negotiating position of the EU stated that Montenegro should accept a solution for the euro proposed by the European Commission.

“According to our formal and informal talks, the issue of abolition of the euro will not be raised,” Fabris said.

He added that the EU Commissioner for Neighbourhood Policy Enlargement Negotiations, Johannes Hahn, had said on the occasion of the opening of Chapter 17, that Montenegro could continue to use the euro after the EU accession, provided that this should not interfere with its stability and competitiveness.

The texts were written with the financial support of the European Union through the realization of the project “Dealing with ethics and fake news” under the code IPA2018 / 397-252. Content is the sole responsibility of the MINA Agency and may not necessarily reflect the views of the EU. The text may be published with the mandatory source reference.

Podgorica, (MINA) – A self-regulatory body could not function without minimum of organizational unity...
Opširnije 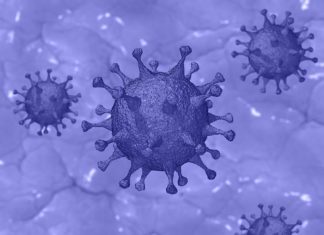