Podgorica, (MINA) – A self-regulatory body could not function without minimum of organizational unity of the journalists in Montenegro and elementary professional and political consensus on strategic determinants of theMontenegrin society and the state, said longtime journalist Ilija Despotovic.

In an interview to Mina, Despotovic said that only adoption and existence of the Journalists’ Code of Ethics is a true form of media self-regulation.

“The Code of Ethics is written by the journalists themselves. In terms of that, we can ask if it is necessary to institutionalize self-regulation, and if a media self-regulatory body should exist”, said he.

Despotovic, who is a member of the RTCG Council, said that it would be normal that the press respects what they have written and apply the rules that no one forced upon them.

“But such logics borders on idealism. And of course, in such ambience institutional force is necessary to provide for implementation of the journalists’ code, and contribute to equalization of professional standards”, said he.

According to Despotovic, there is no doubt that the only reasonable solution would be to form a single self-regulatory body, and that it cannot be functional without forming of a joint association.

Despotovic believes that journalism in Montenegro fully follows the logics of political and other divides, and that sometimes these divides even run deeper.

He said that Montenegro is specific in that some media outlets do not accept the state and its constitution.

“Therefore, they either relativize everything the government does, and even deny any of its positive results. On the other hand, “pro-government” media are sometimes tactlessly associate the government and the state”, said Despotovic.

Asked if he believes that the current Code sufficiently defines the rights and obligations of the journalists, Despotovic responded that it is sufficient for optimum of professionalism in journalism, defining the essential principles of the profession.

Despotovic emphasized that the Code is the main weapon for defense from mere business oriented operations of the media outlets and their political and business commercialization, but also from political pressures on media. 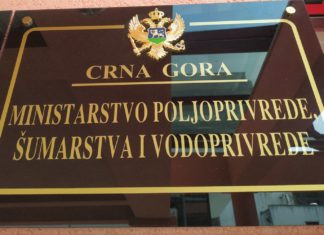