Podgorica, (MINA) – There should exist a media council in Montenegro that would warn the journalists and media about the violations of professional norms and laws, said freelance journalist Veseljko Koprivica.

Koprivica told Mina that he had no high opinion about Montenegrin media outlets, that he does not divide them into independent ones and others, and that just few of them could be called professional.

“There is no independent media. Every media is dependent from its owner, editor, financiers, and advertiser. Only few of them are professional, including Mina news agency. Others are bulletins of the government or the opposition, or in some other way violate the standards of professional journalism”, Koprivica stressed out.

Koprivica believes that Montenegro needs a media council which would warn about violations of professional norms and laws, composed of experienced journalists and jurists.

He said that it is also possible to form a single self-regulatory body, but adds that he is not an optimist regarding respecting of its recommendations by all media, as they do not respect the Code, or the laws which deal with the field of public informing.

According to Koprivica, the general political ambience, but also low criteria of professional and other qualifications for becoming a journalist or an editor, negatively affect the quality of public informing.

He remarked that there are no tabloids in Montenegro, excluding some web portals, but that tabloidization threats to conquer the media scene.

According to Koprivica, self-censorship is one of the burning issues in Montenegro, blaming the journalists themselves for that.

The causes of the evident collapse of media freedoms and violation of press ethics, he underlines, should be sought among the media owners, journalists and editors.

Koprivica said that he heard a lot about divide in the media scene in Montenegro, adding that he did not see why it is treated as a problem, since, according to him, if everyone would think the same, no one would think freely. 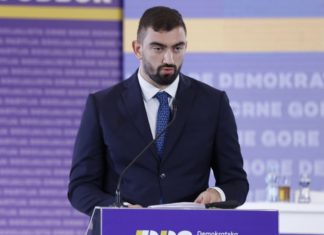