Podgorica, (MINA) – The Ministry of Interior and the Police Administration have produced significant results in the fight against organized crime, it was heard at a meeting between officials of those authorities at EU member state ambassadors accredited to Montenegro.

According to a press release, the meeting discussed the findings of the European Commission’s non-paper on the state of play in the area of the rule of law and the role of the Interior Ministry and the police in Chapters 23 and 24.

The meeting noted that Montenegro has continued to make progress towards EU membership and that the Interior Ministry and the Police Administration have been committed to producing a track record in the areas of money laundering, corruption, confiscation of criminal assets and drug smuggling.

Nuhodzic and Veljovic thanked the EU Delegation and the ambassadors for their friendly relations and strong support, demonstrated both through the investment of IPA funds and through direct budgetary support, aimed at strengthening personnel capacities and technical capabilities, and improving the performance of the Interior Ministry and the Police Administration.

“It was noted that the current political developments are best resolved within the competent state institutions,” the press release concluded. 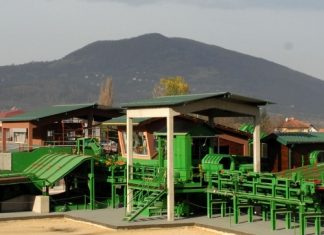