European integration of Western Balkans has no alternative, says Djukanovic

Podgorica, (MINA) – European integration of the Western Balkans is a journey without an alternative and it is exceptionally important not only for the development of the region, but for the stability and competitiveness of Europe, President Milo Djukanovic has stated.

In an interview to the Italian TV RAI, asked if he hopes that Montenegro will join the EU on its own or wait for a bloc of new member states to join, he said that Montenegro is currently ahead of all other Western Balkan counties and the frontrunner in the EU accession talks.

Djukanovic remarked that the regatta principle, which the EU has observed so far, is a very good model that encourages competitiveness among the EU candidate countries.

“I believe that it should remain the case and that it will encourage Montenegro to continue to lead and to be a promoter of the European system of values in the region,” said he.

Asked what he meant when he mentioned in his address at the European Parliament certain retrograde forces in the Balkans, Djukanovic said that the period of 1990s was marked by retrograde political idea, which sought to divide the former Yugoslavia among nationalistic and greater national states.

Djukanovic remarked that such politics, which led to a war, huge destruction and the loss of many lives, was eventually defeated and it became evident that a multiethnic democracy could function in the Balkans.

He noted that, today, much more frequently than in the past 20 years, certain quarters in the region are sending messages ‘that are very similar to those of the 1990s that the solution is not the current arrangement of the region, but a rearrangement and creation of greater states’.

“I believe that this is a highly retrograde idea, which has unfortunately already demonstrated plenty of its weaknesses of which we all have vivid memories, and that we will not allow the Western Balkans to go astray down the same path,” Djukanovic said. 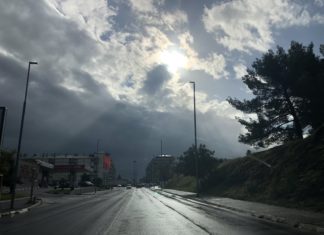