Podgorica, Durres, (MINA) – The statement by Minister of Foreign Affairs Ivica Dacic that he is concerned about the discrimination against Serbs in Montenegro is disrespectful, Prime Minister Dusko Markovic has stated.

“Dacic’s statement is untrue and disrespectful and does not deserve any additional comments,” Markovic told the press following an informal meeting with heads of government of the Western Balkans in Durres, Albania, RTCG reports.

Two days ago, at a meeting with New Serbian Democracy leader Andrija Mandic, Dacic said that he was concerned there was an organized political operation directed against Serbs in Montenegro, arguing that Serbian citizens were exposed to mistreatment by the Montenegrin judicial and prosecution authorities.

He also alleged that there were attempts to strip Serbs in Montenegro of all their rights. 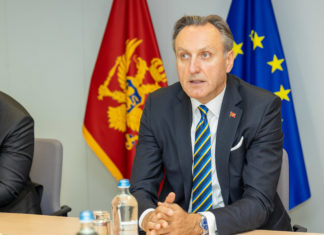