Podgorica, (MINA) – The right to free access to information is an important EU accession negotiations benchmark and the tool for securing accountability of the governments, said head of the EU Delegation to Montenegro Aivo Orav.

He spoke at the round table discussion on the Draft Amendments to the Law on Free Access to Information, organized by the Ministry of Public Administration.

“We are aware, now more than ever, that information is power and the free access to public information allows the citizens to become more active participants of the democratic process”, said Orav.

According to him, confidentiality offers fertile ground for corruption.

Orav said that the last European Commission’s report on Montenegro has called upon all the Montenegrin institutions to guarantee higher transparency and accountability, in particular in the fields prone to corruption and in the sectors dealing with allocation of huge parts of national budget and assets.

Orav stated that the Report noted that application of the Law on free Access to Information did not contribute to providing higher transparency and accountability of the public administration, since the authorities are still declaring some information classified.

He remarked that it is of highest importance that the Law is amended taking into account all the relevant recommendations from the EC report, adding that the EU experts emphasized the importance of giving up introducing the concept of abuse of the law on free access to information.

Public Administration Minister Suzana Pribilovic said that free access to information is irreplaceable instrument for controlling the work of the government organs and the requirement for high quality and efficient exercising the human rights and freedoms.

According to her, drafting the amendments to the Law on Free Access to Information is the result of a consultative process, with the aim of reaching broad consensus on future legal solutions.

Pribilovic said that the draft amendments put forward introduction of the institute of abuse of the right to access to information, in line with the international and European standards and documents, adding that this institute is recognized by other countries too.

The representatives of the NGO sector stated that the draft Law is a step backwards and that it “takes away the tool against corruption”.

The Ministry representatives explained that they met with irrational requests in practice and that new provisions define abuse of the right to free access to information.

MANS executive director Vanja Calovic Markovic said that the Ministry does not want to release the comments of the experts to this law.

“On which grounds do you determine what is rational and what is not in line with the purpose and the goal of the request?”, asked she. 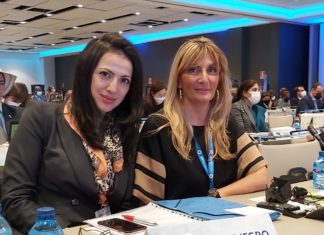