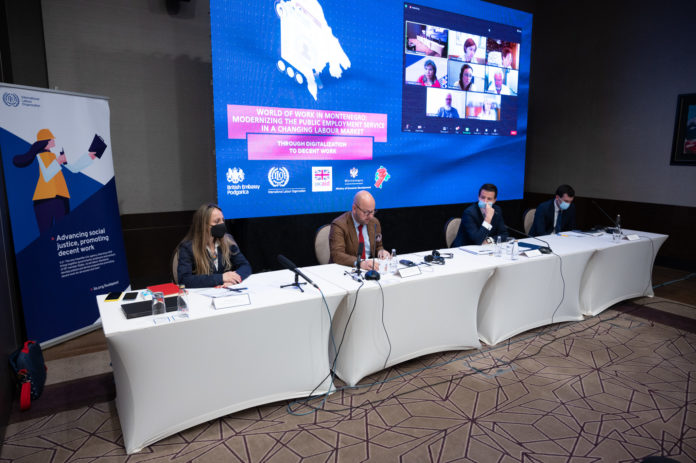 Podgorica, (MINA-BUSINESS) – According to the Minister of Economic Development Jakov Milatovic, the coronavirus pandemic has additionally exacerbated the labour market challenges.

He said that the future activities of the Ministry of Economic Development, to be carried out in cooperation with the International Labour Organization (ILO) and supported by the British Embassy to Podgorica, would focus on the efficiency of policy in that field.

At today’s conference on mitigation of the impact of Covid-19 on the world of work in Montenegro, held in Podgorica, Milatovic said that the labour market reform and the development of workforce were among the Government’s structural reform priorities.

The United Nations Resident Coordinator in Montenegro Peter Lundberg believes that Montenegro should additionally intensify the work on the digitalization of public services, making them available to everybody.

According to him, digitalization will play a critical role in the necessary diversification of the economy.

Lundberg said that in the rapidly changing labour market, with unemployment rates increasing, functional institutions would be essential to help some of the most affected categories, such as unemployed women and young people.

He said that, with the support of the UK Embassy and the Good Governance Fund, the ILO had been helping the country by providing strategic support to institutional upgrade of the labour market legislation and institutions including the modernization of the Employment Agency of Montenegro, and by convening practitioners from Montenegro with those from the region and the EU.

Director of the ILO Regional Office for Central and Eastern Europe Markus Pilgrim said that high unemployment rate was a structural problem, adding that this had been the case before, during and would be after the pandemic, which only showed how urgent it was to address that problem.

“We need to act fast. This is not easy for public organizations, including us as an international organization,” Pilgrim said, reminding that the project ILO had participated in had been implemented between August 2020 and May 2021.

Deputy Head of Mission at the British Embassy to Montenegro Steve Arrick said that the project had focused on the longer-term changes needed in order to reduce the economic scarring impact of Covid.

He added that the Embassy was discussing the next phase of this project with the ILO.

At a panel dedicated to the public employment services and challenges of digitalization, moderated by the ILO employment specialist Daniela Zampini, Minister of Public Administration, Digital Society and Media Tamara Srzentic said that the goal of her Ministry was to become the Government’s digital resources hub.

She argued that this required the modeling of an adequate culture and values, while placing focus on teamwork, and building the teams that would be sharing the same goals.

Srzentic said that such teams should reflect the diversity of population living in Montenegro, easy access, joint work and proactive policy.

“People are in the centre of our activities and policies,” said Srzentic.

ILO digitalization expert Milica Jankovic said that the action plan for improvement of interoperability of the Employment Agency envisaged the exchange of data with the institutions managing the base registries, relevant for the business processes associated with the employment and labour market.

According to her, the action plan includes the strategic goals that should be met and the activities that should be carried out in order to raise the quality of services provided by the Employment Office to a higher level. 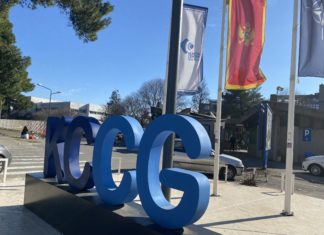