Podgorica, (MINA) – Montenegro belongs with the EU, said Bulgarian Vice-president Iliana Yotova, emphasizing that common task is to return the enlargement on the EU’s agenda and transform it to become the main foreign policy priority.

Yotova, who is paying official visit to Montenegro, along with high assessments on the relations between the two countries, said that Montenegro’s progress in the integration process if significant.

During the meeting with Montenegrin president Milo Djukanovic, they agreed that Europe’s security is not possible without stability of the Western Balkans, while Yotova stressed that region’s integration is a guarantee of its development and progress.

Djukanovic said that the relations between Montenegro and Bulgaria are traditionally good, in particular in the context of support to Montenegro’s integration aspirations.

During the meeting with Montenegrin Prime Minister Dusko Markovic, it was heard that the relations between the two countries cannot be better, and that only stronger economic cooperation is possible.

He thanked the Vice Presidents of Bulgaria for the important initiative that last year, during the Bulgarian presidency of the EU, actualized the issue of the EU enlargement, which resulted in the EU-Western Balkans Summit in Sofia.

Markovic added that President Boyko Borisov’s initiative to include the Adriatic-Ionian corridor on to the list of European corridors co-financed by the EU was of upmost significance for Montenegro. 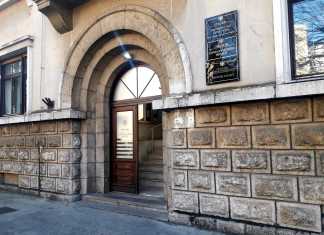