Podgorica, (MINA) – Forming of a single self-regulatory body in Montenegro is absolutely possible, said Secretary General of the Media Self-Regulatory Council (MSS) Ranko Vujovic, adding that it is another question if it is the right moment for that.

According to Vujovic, in order to implement the Journalists’ Code of Ethics evenly and in cohesive manner interpret certain borderline situations in media, the existence of a single self-regulatory body in Montenegro is of utmost importance.

“Without a single body it is not possible to fully develop professional standards in media, or develop ethics in media”, Vujovic told Mina.

He explained that a single body means that all media in the country are ready to be subjected to the judgment of their profession.

Vujovic believes that several different self-regulatory models would not improve professionalism in media.

He reiterated that model of a single self-regulatory body is dominant in Europe, and that self-regulation through media ombudsmen is rare and is met only with couple of dailies in Great Britain, which are serious media outlets with long tradition of objective reporting.

Vujovic warned that propaganda in journalism can only bring to some form of short term benefit for an individual or a group, but in long-term they would have only damages from such journalism.

Asked about the initiative for forming of the association for media self-regulation, that would cover all self-regulatory bodies that operate in Montenegro, Vujovic said that it was the result of the negotiations between MSS representatives and a Vjesti and Dan daily representative.

During the negotiations, they reached the model in accordance to which the ombudsmen and MSS would continue to individually function and resolve complaints, as is the case currently, and the novelty should have been forming of a second degree commission in case of complaint to the decisions reached by MSS or some of the ombudsmen.

It was agreed that the name of the new organization should have been the Association of Media Self-Regulation, but then the negotiations stopped, and the model failed.

“It was simultaneously a good model for growing into a single body one day”, said he.

Asked if the Montenegrin media sufficiently obey the Code, he said that there has not been a survey conducted on that issue and thus he could not give the exact degree of respecting the Code.

“However, the sole fact that so much is being said about it as a problem and that the European Commission in its reports regularly points to violation of professional standards, suggests that it is one of the biggest problems in our media”, said Vujovic.

Vujovic reiterated that MSS does not have an authority to penalize, and that its mission is more in the form of appeal to the conscience of the editors and journalists not to misuse the media for the purposes not immanent to it.

This text is produced with the financial support of the European Union, through the project of Dealing with Ethics and Fake News, reference number IPA2018/397-252. The content is the exclusive responsibility of the Mina news agency and does not necessarily reflect the positions of the EU. The text may be distributed provided that its source is duly credited.
Longer version of article is available on a link MINA ENGLISH SERVIS 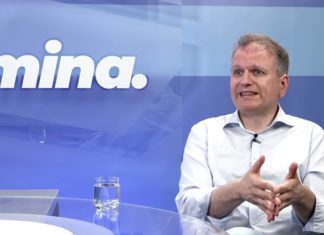