Podgorica, (MINA) – The Journalists Code of Ethics is brutally violated by 90 percent of the Montenegrin media outlets and it is a question why it is not a topic the media community is dealing with and the focus of the Brussels’ politics in Montenegro, said editor in chief of Antena M Darko Sukovic.

He said that the Montenegrin media scene is deeply divided, but also that it is not anything new, unusual, or typical only for Montenegro.

“It is unusual that were speaking just about divides to pro-governmental and pro-opposition media, and never to those that obey the Code and professional standards and those that don’t”, Sukovic told Mina.

He believes that the Code had been sufficiently good even before it was revised, since those are the universal provisions and there is no much need for innovation.

Sukovic claims that the Code is violated by 90% of media outlets, and asks why it is not the focus of the media community, and the Brussels’ media politics in Montenegro.

“Why such outlets are the favorites of those tasked with the media politics of the EU, and some of the key embassies in Montenegro”, said Sukovic.

He remarked that Montenegro needs a single self-regulatory body that would monitor the application of the Code, but effectively.

Asked if forming of such a body was possible, Sukovic said that experience is telling him that it is impossible at the current moment.

Sukovic claims that two years ago Head of the EU Delegation to Montenegro Aivo Orav told him that Montenegro would be ranked 40 places higher on the list of media freedoms if it had a self-regulatory body.

“I told him that the Media Self-Regulatory Council accepts all, even the most ridiculous requests by the Vijesti and Dan dialies, precisely because we want Montenegro to be ranked higher, but we still do not have a single body”, said Sukovic.

He said that the main question is why Orav, the EU Delegation and the unknown bureaucrats from Brussels tasked with dealing with this issue are choosing “those outlets for their partners”. 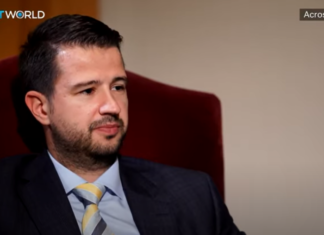