NaslovnicaEnglish NewsOzan: Turkey is not foreign player for the region

Ozan: Turkey is not foreign player for the region

Podgorica, (MINA) – Turkey’s approach to the regional problems is not any different from the one the EU has towards the Balkans, while this country contributes to development of the Balkans’ countries owing to its strong economy, good neighborly relations and multilateral cooperation, said Turkish Ambassador to Montenegro Songul Ozan.

In an interview to Pobjeda daily, she said that Turkey is not a foreign player in the region and that exclusion of that country from the Balkans is a non-objective approach with bad intentions.

According to Ozan, excluding attitude towards Turkey and separation of the Balkans to the west, south and similar is detrimental for the Balkans.

“We want to work in the Balkans with the EU countries and create joint projects in all fields. Turkey and Montenegro, as two friendly countries and allies, have very good relations”, said Ozan.

According to her, trade between two countries and Turkish investments in Montenegro are in constant growth.

Asked what brings Turkish investors to Montenegro, Ozan responded that Montenegro possesses economy that is dynamic and constantly develops, that offers possibilities for attractive investments, business and trade in many fields.

“Montenegro has become a very attractive country owing to the fact that it has future, that it is a NATO member country and the future EU country. If you add perfect nature, Montenegro is one of the most popular countries for the Turkish nationals”, said Ozan.Longer version of article is available on a link MINA ENGLISH SERVIS 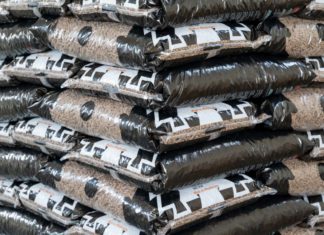