Podgorica, (MINA-BUSINESS) – The companies owned by businessman Dusko Knezevic that are majority shareholders of Atlas Bank have proposed a comprehensive solution for this financial company, allowing it to continue functioning regularly to the benefit of a large number of its depositors and clients.

According to a press release issued by Atlas Group, the shareholders are ready to submit a detailed stabilization and revitalization programme to the Central Bank (CBCG) very soon and enter negotiations with the CBCG and Government representatives.

“We have nothing against the conclusion that the bank needs a certain capital increase, which has been done on two separate occasions in the previous 12 months in the total amount of €10 million. But we are not convinced form the reports by the interim administration and the available information to which degree it is needed and if it is justified, particularly in terms of the number of shares and their individual value,” says a letter sent to Prime Minister Dusko Markovic, Minister of Finance Darko Radunovic, the CBCG Governor Radoje Zugic and the bank’s interim administrator Tanja Teric.

The shareholders say that they have been denied their legal right to be informed about the activities of the interim administration, and the access to the bank’s business activities, and consequently the possibility to react to, agree or disagree with certain activities.

They believe that this kind of introduction of interim administration has caused a great damage to the bank’s performance and image, which is why the capital increase will not be sufficient for its recovery. 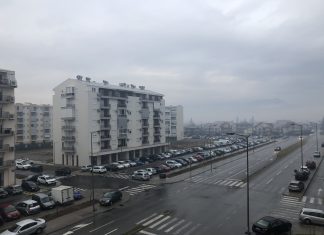