NaslovnicaEnglish NewsAmendments to Free Access to Information Law urged to be withdrawn from...

Podgorica, (MINA) – Journalists, editors and directors of a part of Montenegrin media outlets, 30 of them, called upon the Public Administration Ministry to withdraw from the procedure the amendments to the Law on Free Access to Information, due to, as stated, solutions that significantly jeopardize the work of the media community.

The amendments to the Law, that the Ministry revealed, are, as stated, a huge step backwards even in comparison to the existing Law which application is widely criticized by national and international public.

They claims that the goal of such limitations is to practically make legal the activities of national institutions which used to arbitrarily reject free access to information requests, in particular those that could indicate the existing of corruption or some other form of violation of the law.

They warn that the most problematic limitation is coming in the election year, and is related to the possibility for political parties to be exempt from this law.

“Considering the previous practice regarding transparent expenses made by political parties, it is more than obvious that the proposed limitations have as their exclusive goal covering up political corruption”, the press release by the journalists and editors of the Montenegrin media outlets stated.

They remarked that the amendments would be an attack against investigative journalism in Montenegro, above all, and their goal is additional limitation of civic control of the work of the government and.

They emphasize that the amendments are conflicting good international practices and the European Commission’s recommendations regarding general transparency of the government’s work and free access to information in general.

The press release has been supported by the Vijesti and Dan dailies and Mina news agency, along with several journalists from other media outlets. 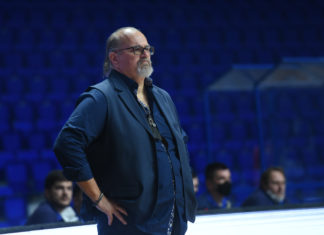