US government’s decision to focus on WB dubbed encouraging

Podgorica, (MINA) – By appointing special representative of the Department of State for the Western Balkans Matthew Palmer, the USA are sending a message of refocusing their attention to the region, and that is encouraging.

That was heard during the meeting between Prime Minister Dusko Markovic and Palmer, who is also a Deputy Assistant of the US Secretary of State for European and Euro-Asian Affairs.

Markovic congratulated his guest on his appointment, adding that it represents a real opportunity to accelerate realization of the Montenegrin strategic goals and contributes to the stability of the whole region.

Palmer said that, by his appointment to this position, the USA want to send a message of refocusing their attention on the region.

They agreed that the process of European and Euro-Atlantic integration of the WB region is in the interest of this region and Europe in general, as well as that EU enlargement policy should be seen as European strategic policy.

“That means that the enlargement process must be alive. That is the interest of both the EU and the countries of our region”, said Markovic.

Speaking about Montenegro, the US representative stated that Montenegro is the leader and the most successful multi-ethnic country in the region, and that it is not a coincidence that it is the first country he is visiting after taking office.

Markovic informed his guest about the results and strategic plans in political terms, with notion that the government’s successful economic policy is yielding great developmental results.
Longer version of article is available on a link MINA ENGLISH SERVIS 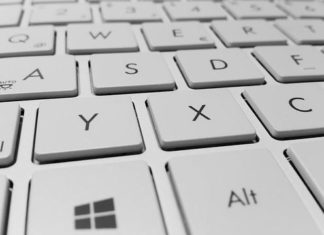