Self-regulatory body would contribute to respecting of Code

Podgorica, (MINA) – Existence of a single self-regulatory media body would contribute to higher respect of the Journalists’ Code of Ethics, but also understanding of importance of media self-regulation in protection of free and accountable journalism, said program director of the Press and Online Media Council of Bosnia and Herzegovina Ljiljana Zurovac.

Zurovac told Mina that such a body would present support and assistance to journalists in protection of their independent work, without pressures by any individuals or institutions.

She added that she is well acquainted with the situation in Montenegro and in contact with her Montenegrin colleagues, adding that she participated in the process of drafting the Montenegrin Journalists’ Code, which, according to her is well formulated, accurate and clear.

“A single self-regulatory media body is needed, there is no doubt, but the fact is that for its establishing and successful work is necessary cooperation and joint response of all media owners and responsible editors. Self-regulation is a voluntary process and nothing can be done there under pressures and with force”, Zurovac argues.

Zurovac claims that the journalists should accept the Code as their “holy book”, since it protects them from errors and pressing charges against them, and thus it is making their jobs easier.

She reiterated that there is still too many unresolved attacks and murders of professional journalists, and emphasized that international organizations tasked protection of journalists, as well as the European Court of Human Rights, are at disposal to the journalists, and that it is always easier to defend their work if they obey the Code and do their job professionally.

Zurovac believes that regulation of possible violations of the Code in the online media and their comments section presents a huge problem and challenge. 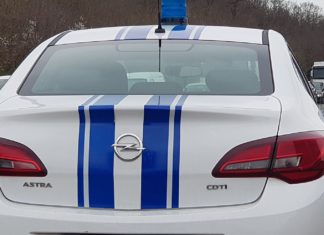