Podgorica, (MINA) – Montenegro is facing overwhelming problems in the field of electoral integrity, said executive director of the Center for Democratic Transition (CDT) Dragan Koprivica, adding that the institutions tasked with the elections are biased and ambiguous.

CDT, that analyzed the work of the Anti-Corruption Agency (ASK) and the State Electoral Commission (DIK), organized on Thursday the panel discussion “How to achieve electoral integrity”.

“We can hardly speak about independence and unbiasedness when the institutions lean on what parties tell them without thorough investigation and content control. We can hardly speak about existence of accountability when the Agency says that there is no abuse of national resources in Montenegro, or that ASK is transparent when it does not release its own decisions”, said Koprivica.

ASK assistant director Savo Milasinovic said that the Agency has been acting upon the complaints and media allegations, reports and data regarding violation of the law on financing of political entities and election campaigns.

Commenting on the allegations that the Agency is carrying out formal control of the reports without carrying out essential investigative activities, he explained that ASK does not have any investigative authorities, but that it is an institution of prevention performing within its legal competence.

Branka Bosnjak of the Democratic Bloc believes that ASK implements double standards towards the opposition and the ruling majority.

She believes that finances donated to the political parties must be much more transparent.

DPS MP Marta Scepanovic said that there is always space for ASK and DIK’s improvement, and added that it is hypocritical to speak negatively about the Agency’s work only when its decisions do not suit one side.

President of the United Montenegro Goran Danilovic said that those institutions are not functional and professional since electoral process is not legitimate, and added that the only fair elections would be those prepared by the interim government.Longer version of article is available on a link MINA ENGLISH SERVIS 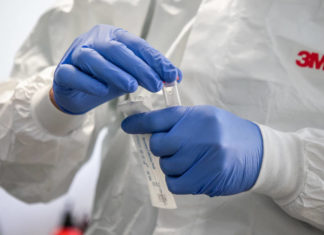