Over 400 individuals banned from entering Montenegro

Podgorica, (MINA) – The police has banned the entry into Montenegro of more than 400 persons of security interest or convicted criminals, mostly from Serbia, TV Vijesti reports.

The Montenegrin police believe that such measures are justified and legitimate, arguing that this long-standing practice has reduced the number of crime in the country.

A crime specialist from Serbia, Dobrivoje Radovanovic, argues that from the scientific point of view this is not a very efficient method of fighting crime.

“What is more, it can lead to an increase in the number of criminals. Anyone who wants to contract a murder can hire, as a replacement for someone from the entry ban list, a kid aged 18, 20 or 21, train them to use weapons very quickly and send them to complete the task,” Radovanovic stated.

Instead of compiling lists, he argues, it would be more efficient for countries to invest efforts and cooperate on discovering and arresting not only the perpetrators of the most serious crimes, but also the persons who ordered those crimes, and to impose most draconian penalties.

As far as Montenegro is concerned, those measures are legitimate and provide by the Law on Foreigners.

The authorities may ban a person from entering Montenegro based on the assessments by the intelligence services and the police even if the person is only suspected of having ties with criminals, without any evidence that they themselves have committed a crime. 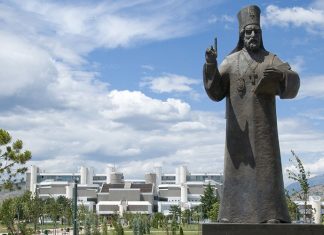