No conditions for forming of single self-regulatory body

Podgorica, (MINA) – There are no conditions for forming of a single self-regulatory body in Montenegro, nor it is necessary, said Vijesti daily and Monitor weekly ombudswoman Paula Petricevic.

“It is the most important to involve most media outlets in some form of self-regulation and that those bodies ensure balanced application of the code and protection of the readers’ rights”, Petricevic told Mina.

She believes that it is the most important for media self-regulation to be functional, fast and efficient, and that it not of essential importance how many such bodies there are.

Petricevic remarked that the Journalists’ Code of Ethics was innovated and improved in 2016, in particular in the part concerning reporting on children, minors, right to privacy, hate speech, and how to distinguish it from libels and insults.

She said that they received most of the complaints concerning violation of the right to truthful, balanced and comprehensive reporting, as well as regarding the section 2 of the Code, concerning distinguishing news from a comment.

“During the last year, I processed 17 complaints to the articles published by Vijesti daily, while there has been 13 complaints so far this year”, Petricevic said.

Petricevic argues that the Code very provisionally regulates online commenting and explains that it was the reason that a group of the self-regulatory bodies’ representatives in Montenegro during last year worked on creating the Guidelines for Applying section 2.8. 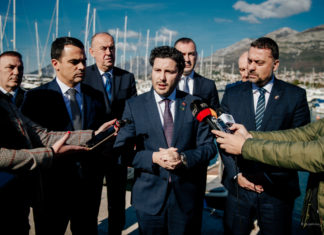