Navblue to prepare a feasibility study on night flying

Podgorica, (MINA-BUSINESS) – The Airports of Montenegro have selected the French company Navblue, member of Airbus Group, to prepare a feasibility study on introduction on night flights at the Airport of Tivat, worth €322,380.

The Airports of Montenegro decided to select Navblue as the best bidder on 13 September.

“According to this year’s Public Procurement Plan, the Airports of Montenegro allocated €450,000, including value added tax, for this public procurement, while the selected bid amounts to €322,380, including VAT,” the company told Mina-business agency.

In the first phase, the selected bidder is obliged to deliver databases of relevant obstacles in line with the requirements defined by ICAO Annex 14.

“In the second phase, the consultant is expected to assess the possibility of realization, i.e. assess the possibility of defining the landing and take-off procedures for the Airport of Tivat at night and in low-visibility conditions, following the PBN landing procedures, standard terminal arrival route (STAR), and standard instrument departure (SID) procedures,” the press release says.

In the third phase, the bidder should define the procedures.

Chairman of the Board of Directors of the Airports of Montenegro Dragoljub Bulatovic previously said that the company was positive that this was one of the main requirements for further development and future of the Montenegrin airports, including their added value in the context of the forthcoming international tender for selection of a concessionaire.

Bulatovic said that a demand for additional time slots at Tivat airport had been growing in the last ten years. 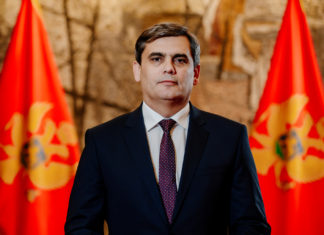