NaslovnicaEnglish NewsMordaunt: Current threats as serious as those in past

Mordaunt: Current threats as serious as those in past

Podgorica, (MINA) – It is of upmost importance to have allies you can rely on in today’s world, said British Defense Minister Penny Mordaunt adding that the current threats are equally serious as were those in the past.

She reiterated that two weeks ago, Minister of State for Defense Lord Howe paid a visit to Montenegro, as well as that two combat aircraft of the type Eurofighter Typhoon also came to Montenegro.

According to Mordaunt, this visit confirms UK’s commitment to intensive cooperation with the partners in Montenegro in the area of defense, training and strengthening of institutional and national capacities in the field of cyber defense.

“The United Kingdom continues seeing Montenegro as a NATO ally with the main role in stability of the Western Balkans”, said Mordaunt.

Commitment of the UK to European security, according to her, is unwavering, and will remain such in the future. “We believe that more our neighbors are safe, the more we are safe too”.

Mordaunt remarked that defense of democracy and values have its price, and added that all the allies must respect the responsibility of allocating 2% of GDP for defense, in order to preserve safety of the billions of people that NATO protects.

She added that the UK respects and will continue respecting this requirement.

Mordaunt stated that it would be her pleasure to host NATO leaders in London in December this year. 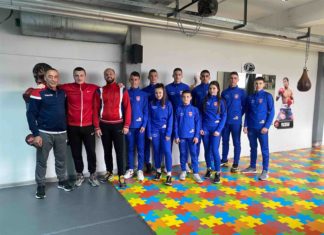