Podgorica, (MINA) – Establishing a monitoring system poses the biggest challenge within the water management sector, both for government and scientific institutions, professor at the Podgorica Faculty of Science Vladimir Pesic has stated.

Water management is one of the areas addressed by Chapter 27 in the EU accession talks, which Montenegro opened last December.

“Within the water management system, establishing a water monitoring system represents the first step and probably the biggest challenge, both for state institution which are responsible for its development and for scientific institutions,” Pesic explained.

According to him, the two key challenges when it comes to monitoring include transparency, which refers to the capacity of institutions to follow standards in that area and allow all stakeholders to have access to the monitoring process, and data quality.

“The quality of data can only be ensured by hiring relevant scientific teams and experts in this area,” the Professor said.

He explained that in the European Union for every project with environmental impact significant funds need to be earmarked for monitoring, because the quality of data and the right of the public to have access to accurate data are the cornerstones of any water management strategy. 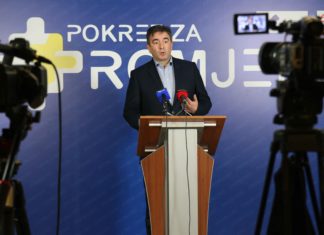