Media ethics to be questioned daily

Podgorica, (MINA) – A self-regulation organ that would control media violation of ethics code is of vital importance for positive climate in media, said former professor of Zadar University Stjepan Milovic and added that the media ethics must be questioned daily.

“The ethics must be questioned daily since, if there is no immediate reaction, violation of media premises would become a practice that is hard to uproot”, Malovic told Mina.

He said that there is no ethics code, therefore no media ethics code in Montenegro, that can absolutely define responsibilities of media workers, since journalism changes rapidly, new forms emerge, many of which are from the start questionable from ethical point of view.

Speaking about the recommendations for higher respecting the code and ethical reporting, Malovic said that they are not good, even those coming from benevolent journalists and professors of journalism.

“Serious people from around the world are trying to return dignity to high quality journalism, enable media freedom and journalist independence”, Malovic said.

Answering to the question on the manner of regulating code violation in the internet portals and comment moderation, he said that it is an essential question which sparks conflicts. 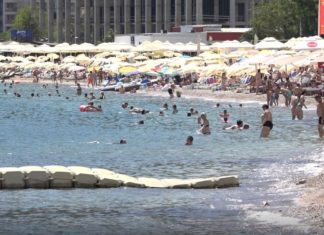