Lack of reactions to Code violations due to inefficient self-regulation

Podgorica, (MINA) – Insufficient knowledge and sensibility for reporting about children are one of the main reasons for violating rights of children, said leaving Ombudsman Sucko Bakovic, adding that due to inefficient self-regulation in Montenegro, adequate reactions to cases of the Code violation sometimes lack.

He told Mina that the situations in which they most often reacted were concerning reporting on tragic, disturbing events in which children were the victims of various forms of unacceptable behavior or activities.

Bakovic argues that one of the main reasons for violation the rights of children is insufficient knowledge and sensibility for reporting about children, and that consistent use of the Code, in particular the Section 8 and the guidelines for its implementation, would be sufficient to protect their rights adequately.

He also explained that the institution of Ombudsman cannot reach decisions on complaints against private media outlets (except in regard to discrimination).

According to Bakovic, it is in particular important to save privacy of children in delicate situations, such as reporting about violence, abuse, as well as not allow children and their families to suffer additional stress and stigmatization only for insisting to present to the public some details, which are not important for understanding the event itself, but are pure tabloidization and sensationalism.

“It is important to try to report in those sensitive cases regarding children, from the point of view of negative social occurrence, avoiding details and descriptions of the situation”, said Bakovic.

He added that it is not enough to hide the names of children behind initials, along with citing other circumstances based on which it is easy to determine the identity of a child.

Speaking about TV shows of humanitarian character, Bakovic remarked that he understands intention to help families and children living in poverty, but added that they often thus violate children’s rights to home and family, as well as their dignity, and expose them to stigmatization.

He also emphasized that media in Montenegro has significantly contributed to raising awareness of the public on protection of children’s rights and standards of their protection. 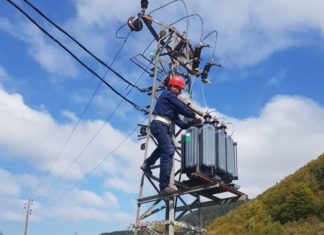