NaslovnicaEnglish NewsEuropean future dubbed region’s way out of falling behind

European future dubbed region’s way out of falling behind

Podgorica, (MINA) – Montenegro remains seriously and consistently committed to European future, believing that it is the only way out from the period of falling behind and instability for the region, said Montenegrin president Milo Djukanovic.

He met on Monday with Foreign Minister of Czech Republic Tomas Petricek who is paying an official visit to Montenegro.

“If we want to remove the consequences of falling behind, the way to do it is integration and Montenegro is aiming to be the promoter of European values in the region”, said Djukanovic.

Such commitment, said he, brought Montenegro to the position of the most developed economy in the region, with growing trend, “while simultaneously we are developing institutions and improving the rule of law, which is confirmed by Montenegro’s joining NATO”.

Petricek confirmed continuity of support to more ambitious process of enlargement to all countries of the Western Balkans.

He expressed readiness for cooperation with Montenegro and exchange of experiences, emphasizing that Montenegro is the leader in the negotiation process.

Petricek also met with Prime Minister Dusko Markovic who said that the Czech Republic is completely supporting European path of Montenegro, which is dubbed a leader in the integration process.

The meeting noted that bilateral relations between Montenegro and the Czech Republic are substantive and that Petricek’s visit will give it additional incentive.

Petricek remarked that the Czech Republic encourages Montenegro to continue committed implementation of the reforms, adding that successful reforms lead to economic growth and development following the EU accession. 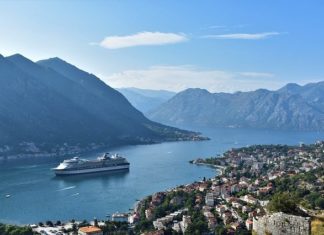