Podgorica, (MINA) – The Special Parliamentary Group will insist on realization of the Agreement on the Future including discussing an option of the boycott as the last, forced option in the legitimate political fight for equal electoral game, said chair of this group Aleksandar Damjanovic.

“If the opposition would boycott the elections the consequences would be bad for everyone in the country, considering the fact that Montenegro is politically unstable, burdened by daily new corruption affairs, organized crime and similar”, Damjanovic told Mina.

He reiterated that all 39 opposition MPs in Montenegro signed the Agreement on the Future, which, along with advocating for a caretaker government, envisages boycott of all elections, national and local, if the agreement on conditions for fair elections would not be reached.

“The first test will be the local elections in Tivat on spring, and I would not exclude that scenario in those elections”, said Damjanovic.

Damjanovic reiterated that the Elelctoral Reform Committee was formed almost a year ago and that problems in it work have existed from the beginning, culminating in July and August due to the violation of the decision on its forming and selection of its members.

He remarked that instead of dealing with the essence, the Committee is dealing with form, and having in mind deadlines for completion of its work, it is obvious that there will be no essential reform of the electoral legislation, adding that it is obvious to whom such a situation and a status quo is suitable.

Damjanovic believes that fair and free elections cannot take place under the current legislation, and that a series of other laws that define electoral registry, registries of citizens, media laws and similar must be changed and implemented.

He remarked that the abuse of national resources in electoral game cannot be resolved with mere change of the laws, but also their consistent application with radical sanctioning of abuse, which is currently unimaginable, is necessary.
Longer version of article is available on a link MINA ENGLISH SERVIS 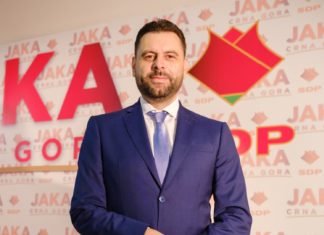