Podgorica, (MINA-BUSINESS) – Director of China Road and Bridge Corporation (CRBC) Du Fe has said that his company is interested in taking part in the procedures for delivery of works on the next sections of the Bar-Boljare motorway.

At a meeting with Minister of Transport and Maritime Affairs Osman Nurkovic, which took place in China, he said that CRBC was interested in the procedures for delivery of works, in line with the national legislation in the field of public procurement, and European transparency standards.

Fe also expressed readiness in proceeding with the motorway construction on the basis of a private public partnership.

He also informed Nurkovic that the a contract on delivery of works for the Preljina – Pozega section had been concluded with the Government of Serbia, while the negotiations were under way for the next section between Pozega and the border with Montenegro.

Nurkovic expressed satisfaction with the development of situation, saying that the motorway construction project in Montenegro was getting a greater importance.

“Fe announced a visit to Montenegro for July, in order to see the situation in the field and give concrete support to the resolution of potential challenges during the implementation of the project,” says a press release issued by the Ministry of Transport and Maritime Affairs.

Nurkovic reminded of the importance of finishing the works within the defined timeframe, while meeting the highest quality standards.Longer version of article is available on a link MINA ENGLISH SERVIS 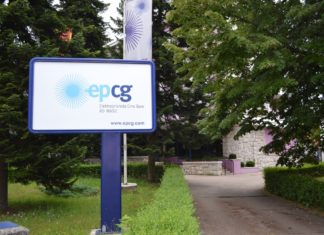