Podgorica, (MINA) – Montenegro is facing lack of funding, professionals and limited research capacities in the field of water management, said representative of the World Wildlife Fund (WWF) Milija Cabarkapa and added that closing of chapter 27- Environment and climate change is difficult to predict.

He told Mina that it is very difficult to predict closing of that chapter at this moment, since it is the matter of political will and the capacities of the institutions covering that field.

According to Cabarkapa, waters usage is being planned in Montenegro recently for various purposes without necessary basics, such as the water management plans, water cadaster database and information system, which are envisaged by the existing laws.

He claims that the behavior of the country towards the water resources, as one of the main national resources of Montenegro, is often questionable.

Cabarkapa stated that in the previous period the state approved more than 50 projects of small hydro power plans that will be built on the Montenegrin rivers.

Commenting on the construction of these small hydros, he said that there were a lot of problems in planning their construction, that it is unsustainable and not done in accordance with the existing laws and requirements towards the environment and social issues.

According to Canarkapa, such unsustainable way of planning brought to the current situation- protests of the local residents, as well as river, forest and local infrastructure devastation.

Cabarkapa notes that Montenegro must protect its river resources and turn towards other sources of renewable energy, having in mind the country’s potentials.

This text is produced with the financial support of the European Union, through the project of Dealing with Ethics and Fake News, reference number IPA2018/397-252. The content is the exclusive responsibility of the Mina news agency and does not necessarily reflect the positions of the EU. The text may be distributed provided that its source is duly credited.Longer  version of article is available on a link MINA ENGLISH SERVIS 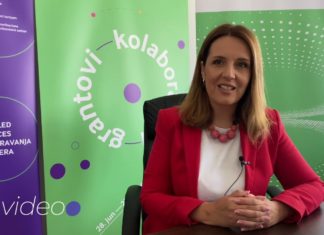