One millionth passenger at Podgorica Airport

Podgorica, (MINA-BUSINESS) – This year’s one millionth passenger, Svetlana Pokost, arrived to the Airport of Podgorica at 8:10 a.m. on the Air Serbia flight from Belgrade.

“This is my first visit to Montenegro and I am very surprised. I have been living in Cyprus for seven years and I plan to move to Tivat together with my family. I have never experienced anything like this, I am very happy because of such a warm welcome,” said Pokost.

Orlandic said that this was a culmination of a very good year for the Airports of Montenegro.

“The fact that we welcomed the one millionth passenger two and a half months earlier than in 2017 and around 20 days earlier than last year says enough about the traffic at the Airport of Podgorica,” said Orlandic.

According to him, the Airport of Podgorica has seen a considerable increase in the number of passengers, while their number rose by 155,000 year on year on both airports.
Longer version of article is available on a link MINA ENGLISH SERVIS 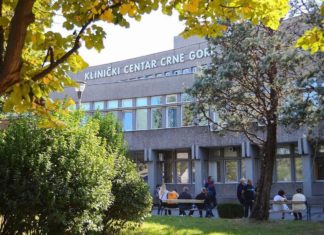