No desirable perspective for Western Balkans without integration

Podgorica, (MINA) – The Western Balkans does not have desirable perspective without integration, said Montenegrin president Milo Djukanovic during the meeting with newly appointed US State Department Special Representative for the Western Balkans Matthew Palmer.

Djukanovic, according to the press release from his office, congratulated to Palmer for his appointment, which is a confirmation of more intensive presence of the USA in the region, which Montenegro has been advocating continuously.

It is stated that he in particular stressed that such a good connoisseur of the Balkans’ circumstances is appointed to that position.

“You can count on absolute partnership of Montenegro, as well as my personal, to do together what is the best for the region”, Djukanovic emphasized.

He said that the both sides share starting positions regarding the problems in the region: insufficiently stable peace and stability and insufficiently clear vision of the region’s prosperity.

“The path for overcoming this problems is integration, and the Western Balkans does not have desirable perspective without integration and thus we so strongly advocate for the enlargement policy”, said Djukanovic.

He reiterated that Montenegro is showing on its own example that such a policy brings results, which is mirrored in its membership in NATO and which made it aspiring country which went furthest on the path towards joining the EU.

Djukanovic said that everyone in the region, together with the partners such is the USA should encourage Europe to start with more offensive politics towards the Western Balkans.

“Palmer expressed satisfaction with the meeting, emphasizing that it is not a coincidence that Montenegro is the first destination he is visiting after taking office, since our country is the leader and an example to others”, the press release stated.

Palmer emphasized that they see Montenegro as a partner, in particular having in mind good relations it has with the countries of the region. 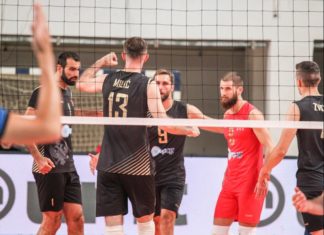