Montenegro to develop defense system in line with NATO commitments

Podgorica/London, (MINA) – Montenegro is strongly determined to develop a defense system compatible and in line with its NATO commitments, President Milo Djukanovic has stated.

During his visit to London, Djukanovic met with UK’s Defense Secretary Gavin Williamson, with whom he had talks about past cooperation and possibilities for further advancement of relations in the field of defense, both bilaterally and within NATO.

According to a press release from the President’s Office, Djukanovic expressed his appreciation for the British Government’s exceptional support to the reform of the defense system and the armed forces in Montenegro, including the education of military officers at prestigious British institutions, as well as for the support provided during Montenegro’s NATO accession process.

“The meeting noted that the best results in the overall bilateral relations were seen in the field of defense and security,” the press release stated.

Defense Secretary Williamson is said to have expressed hope that Djukanovic’s visit would contribute to further strengthening of friendship and relations in the best interest of both countries.

The two sides agreed to step up cooperation in the field of cyber security, as one of the leading threats, as well as to advance their cooperation within NATO. 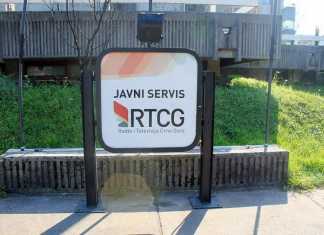