Podgorica, (MINA-BUSINESS) – The United Reform Action (URA) believes that a deficient transport infrastructure, most of which is from the previous century and does not meet the requirements of the modern age, is a great problem for a country that has tourism as its main economic sector.

The head of URA’s Media Team, Bojan Jevric, has said that it is not fair to have such an irresponsible attitude towards tourism, whose contribution to the gross domestic product is approximately 24 percent.

“This is irresponsible because there is no clear vision of the direction Montenegrin tourism should take. If we would like to continue developing the ‘fairground tourism’ with cars queuing on the roads from the previous century, than it is OK to keep everything as it is. If we wish to be responsible towards the most profitable economic sector, we should do everything in our power to at least offer an adequate infrastructure to tourists,” Jevric said in a press release.

According to him, it is not enough to have modern resorts, such as Lustica Bay, if the largest part Montenegro has the transport infrastructure from the last century, which can hardly help the country build the reputation on an elite destination.

He says that the visionless regime has launched a megalomaniacal and expensive project involving the development of a part of motorway very lightly, without clear guarantees if the motorway will be connected to a corridor and if it will be profitable.

“At the same time, we continue to have the roads from the previous century along the coast we are not investing in, which ‘treat’ tourists will hours of queuing every year,” said Jevric, adding that such a situation will not convince any tourists that they have arrived in an elite destination. 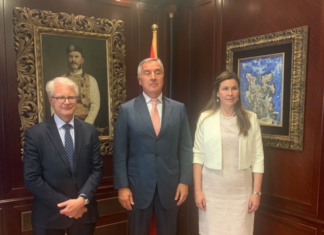