U četvrtak isključenja u više opština

Podgorica, (MINA) – Around 2,850 migrants have entered Montenegro illegally since the beginning of the year, Head of the Border Surveillance Unit Vojislav Dragovic has stated.

Joint police-military patrols have been recently tasked to control the border with Albania in the area of the border crossing Bozaj.

“Since the beginning of the year we have intensified our activities, and we have concluded that support from the military in those efforts will be extremely important,” Dragovic told RTCG.

He recalled that 840 illegal border crossings were registered last year, while year so far their number reached 2,850.

“All the information we have so far suggests that they are using Montenegro as a transit area, because very soon after filing an asylum application they leave Montenegro’s territory, also illegally,” Dragovic said.

According to the authorities, having seen the Montenegrin border patrols, more than 2,000 migrants have returned to Albania. 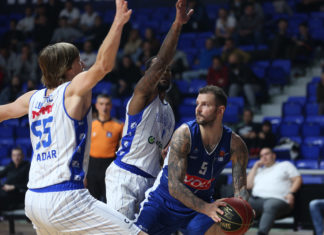 U četvrtak isključenja u više opština