Knezevic: There will be more evidence of corruption

Podgorica, (MINA) – Atlas group president Dusko Knezevic said that he has presented many pieces of evidence on the corruptive activities of the regime so far and that there will be more.

Member of the Resist movement Vladan Scepanovic told to Knezevic during the protest on Saturday not to “joke around with the people, but to lay all his cards on the table”.

“Many cards are already on the table. There will be more. We will continue with disclosing the companies connected with the first family, banks and others that serve for extracting money from the country and money laundering”, Knezevic said.

He told Scepanovic that Montenegro needs brave and honest people, such as him.

Knezevic claims that he could have made a deal on many occasions with the, as he said, mafia that controls Montenegro, taken millions and kept quiet.

He added that he had made a move and that he is enormously happy that it was a motive for rebellion in Montenegro and to start fight for freedom which is stronger than ever.

“Regarding the people’s judgment, I do not run away from that. I admit my sins. But I do not want to be prosecuted by a criminal gang, that steals from all of us and keeps Montenegro the hostage of their greed”, said Knezevic.

He claims that there was no other way to maintain business of Atlas group besides by paying racket and presenting envelops. 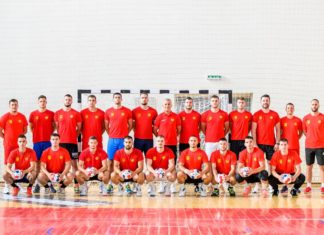