Podgorica, (MINA-BUSINESS) – According to the latest edition of the White Book published by the Montenegrin Foreign Investors’ Council (MFIC), the ease of doing business index was calculated at seven last year, and is at the highest level ever.

MFIC has published the 11th edition of the White Book, which is a key document used by foreign investors to draw attention to the main challenges they are faced with while doing business in Montenegro.

The index ranges from one to ten, one being the lowest and ten the highest score, and is calculated on a basis of a questionnaire covering 80 percent of MFIC members.

Compared with the 2020 index, which was at 6.4, last year’s index shows a considerable improvement.

According to MFIC Executive Director Ivan Radulovic, the index increase in 2021 indicates that the recovery perception can be detected quickly in small economies.

“In case of Montenegro, industries such as tourism, telecommunications, ICT and trade reported progress and thus had significant impact on the index increase,” Radulovic said, presenting the latest edition of the White Book at the press conference.

MFIC President Christoph Schoen said that 2021 was a very successful year in terms of economic recovery.

According to him, it is safe to say in that context that crisis management of the Government and the Central Bank was highly professional, efficient and well balanced to support the recovery.

“There is no progress without serious businesspeople and investments, but in order to achieve significant results, it is necessary to establish a stable political system in which the rule of law will function,” said Abazovic. 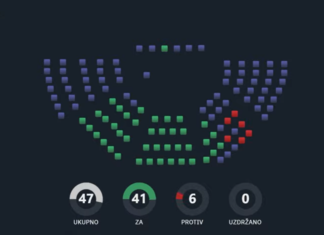