EU must not be given reason to ban the euro

Podgorica, (MINA-BUSINESS) – Economic analyst Predrag Drecun believes that the main challenge to closing negotiating chapter 17 – Economic and monetary union is to avoid giving the European Union reason to forbid Montenegro to use the euro as its official currency.

According to him, this means that Maastricht criteria must be fulfilled, while fiscal consolidation and discipline need to continue in practice.

“The EU is not concerned about any fundamental issues related our economy, but about the negative message that would be sent in case of our failure to meet these conditions after it has allowed us to use the euro, given that some EU member states are still not permitted to use the euro,” Drecun told Mina-business agency.

Talking about Montenegro’s capacity to respond to the EU’s rigorous demands when it comes to monetary standards, he said that it would be possible to meet these requirements, but at the expense of progress in some other fields.

“It will be arduous if the EU insists on that. We have to be aware of this and already start to change the concept of our economy. We do not have the service-based economy and the sooner we realise that, the better for us,” said Drecun, expressing concern that this service-based concept still has strong, although unsubstantiated, support in Montenegro.

Given the high level of public debt and budget deficit, he believes that the only model allowing Montenegro to meet Maastricht criteria is the one based on a sustainable growth in the real sector, namely energy and agriculture sectors, which would consequently have a positive reflection on the tourism industry.

The fact that Montenegro has been using the euro as its official currency since 2002 is what makes its negotiations with the EU under Chapter 17 different.

Asked how much of an issue this will be in further negotiation with the EU and if there is a contingency plan in case that the convergence criterion has not been modified, he said that he was not aware of the existence of any such plan.

“I am positive, however, that administration of our own currency would be frightening. I am not sure anyone wants our own currency any longer,” Drecun said, adding that he was not against the perper as Montenegro’s official currency back in 2002.

He argues that if would be a great catastrophe for Montenegro to lose the euro.

“I don’t think that anybody is seriously thinking about this threat,” said Drecun.

He concluded that the closing of Chapter 17 could be expected at the very end of the negotiation process. 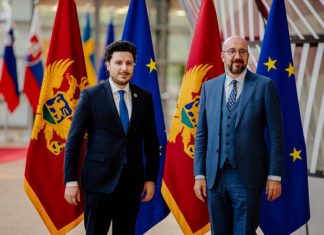