Podgorica, (MINA-BUSINESS) – Deputy Prime Minister Dritan Abazovic has said that foreign investors who would like to do business in Montenegro in a fair way are very welcome, adding that the Government plans to eliminate all negative aspects in that field that create the atmosphere of general insecurity.

He said at the Annual Assembly meeting of the Montenegrin Foreign Investors Council (MFIC) that the Government’s ambition was to create the environment where everybody would like to do business in a fair manner and able to do so easily, following relevant procedures.

“We need to tackle all types of negativity together, from corruption to preferential treatment, which create the environment of general insecurity, and strive towards the rule of law as a country in which investors will enjoy a greater security than before,” Abazovic said.

He added that it was necessary to create a much more predictable business climate than Montenegro used to have.

The MFIC President Christoph Schoen said that 2021 had been a successful year in terms of economic recovery.

According to him, a 15 percent recession we saw last year is now a driver of the gross domestic product (GDP) of nearly 11 percent this year.

Ha argued in addition that the revenues were higher than planned, partly as a result of better collection of the value added tax and non-tax revenues.

Minister of Economic Development Jakov Milatovic said that the Government had exceeded its expectations for this year.

“In December 2020, we had seen a decrease in activities of 15 percent of GDP, which we turned into the fastest economic growth in Europe of 14 percent in 12 months,” said Milatovic.

He added that the deficit would amount to two to three percent of GDP in 2021, whereas it had reached 11 percent last year. 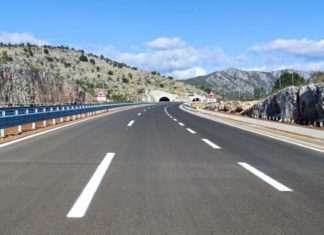